Muay Thai is a well-known combat sport of Thailand; it involves variety of clinching techniques. This art gained popularity back in the twentieth century and until now it is widely accepted by a large number population. This art requires serious training sessions and participants has to be mentally and physically prepared. Muay Thai or boxing is also famous as ‘the art of eight limbs’ as fighters has to make use of their physical and mental strength simultaneously. 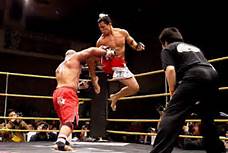 For ones who look forward to pursue the muay Thai sport should first understand its nature in detail. Although, this art is considered similar to the traditional kickboxing but it varies in some form and includes different fighting techniques. It is also seen that conventional kickboxing is considered as a sport while Muay Thai is more towards self-defense.  Often it is seen that people are inclined towards muay Thai as it has its own advantages than any other martial art techniques.

Muay Thai  or Thai boxing has plenty of rules and regulations which have to be understood by each fighter.  To become a champion in this art serious devotion and self confidence is a prerequisite; participants should be ready for challenges and know what they are getting into. Muay Thai is also becoming an interesting option for youngsters, learning art at an early age is easier and their bodies can be easily prepared for competition. However, it is always recommended that parents and guardians are fully aware if they want their child to participate and should boost up their confidence. Young learners have to ability to grasp things sooner and with their strong willpower they can make mark in the field of Thai boxing.

Learning the art under trained professionals is a great option available for beginners. Although, it depends on each individual how they want to practice and make their body fit for boxing. Routine exercise and healthy eating options can help a great deal; fighters should devote time in self practicing and meditation method. After spending considerable in practice individual can head into in the boxing ring and start up their way as a successful fighter.